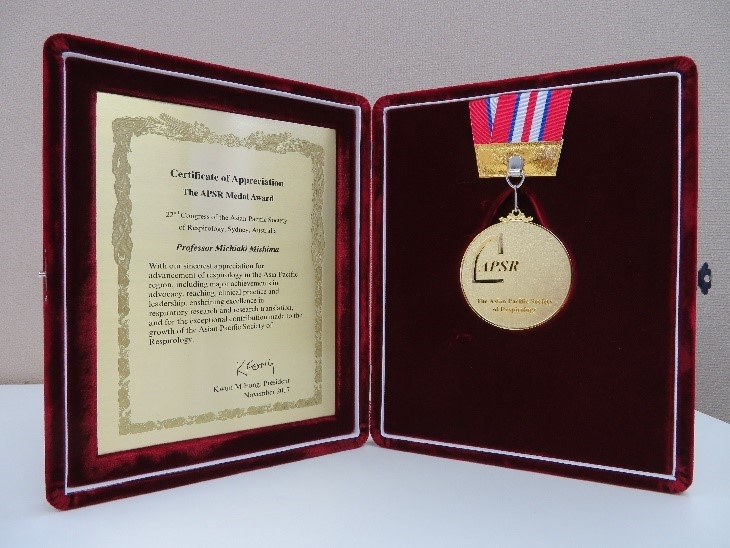 The APSR Medal will be bestowed during the 25th Congress of the APSR in Kyoto, November 2021.
The Medal is awarded by the Asian Pacific Society of Respirology (APSR) in appreciation for the awardee's commitment to the advancement of respirology in the Asia-Pacific region, including major achievements in advocacy, teaching, clinical practice and leadership, enshrining excellence in respiratory research and research translation, and for the exceptional contribution made to the growth of the APSR.
Only one Medal is bestowed annually.
The awardee receives a commemorative plaque.

Previous Medalists at the annual APSR Congress are: 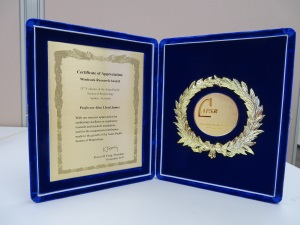 The APSR is pleased to announce the availability of two premier awards; the Michiyoshi Harasawa Research Award and the Anne Woolcock Research Award. Each awardee will deliver their lecture on a research topic of their choice, at the APSR Congress in Kyoto, November 2021.
Each awardee will receive a commemorative plaque and complimentary Congress registration.