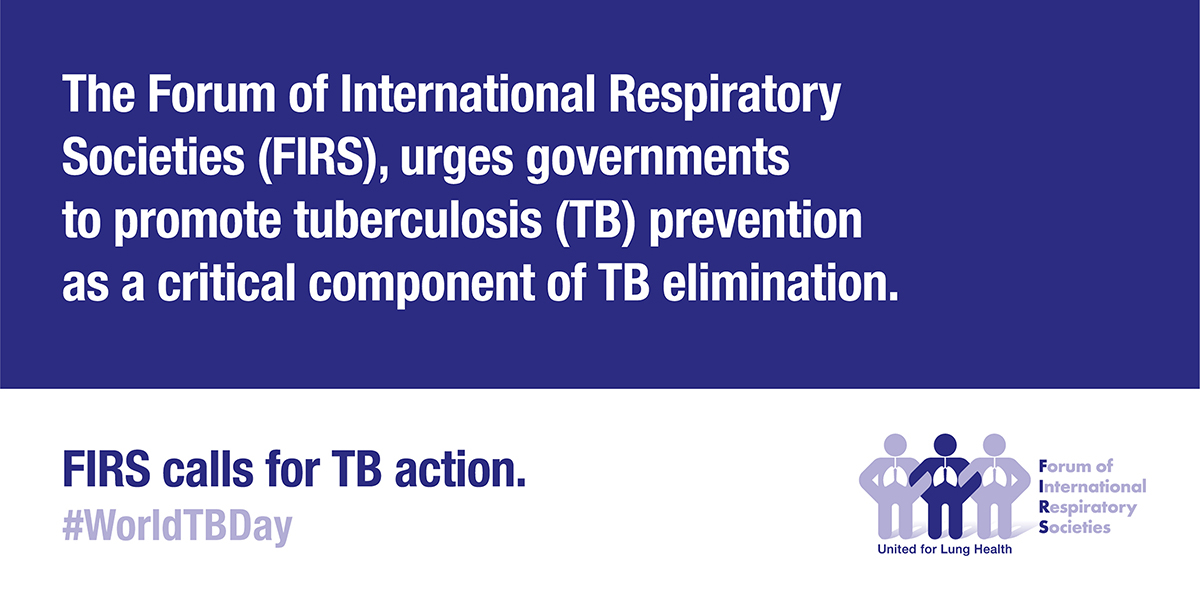 CITY, DATE - In support of World TB Day, 24 March, the Forum of International Respiratory Societies (FIRS), of which Asian Pacific Society of Respirology is a founding member, urges governments to promote tuberculosis (TB) prevention as a critical component of TB elimination.

TB is the leading infectious disease killer worldwide, accounting for 1.5 million deaths in 2018 alone, according to the World Health Organization$B!G(Bs (WHO) 2019 Global TB Report. An additional 10 million people fell ill with TB in 2018.

Despite significant progress against TB in recent years, many people struggle to receive the treatment and care they need for reasons ranging from gaps in research and development and insufficient or underfunded health services, to long and difficult treatments or because of stigma. In addition, a quarter of the world$B!G(Bs population is estimated to be living with TB infection, the bacteria that causes the disease. People with TB infection are estimated to have a 5-10 percent chance of developing the disease over their lifetime but TB preventive therapy reduces a person$B!G(Bs risk of developing active TB by 60 to 90 percent.

The Sustainable Development Goals set a target to end the global TB epidemic by 2030 and at the United Nations High-Level Meeting on TB in 2018, world leaders committed to reaching at least 30 million people with preventive therapy by 2022. To do this, governments must ensure people have access to diagnosis and appropriate care at the earliest stage after exposure to TB and ensure populations at higher risk of developing TB, such as young children and people living with HIV, are pro-actively treated with preventive measures. 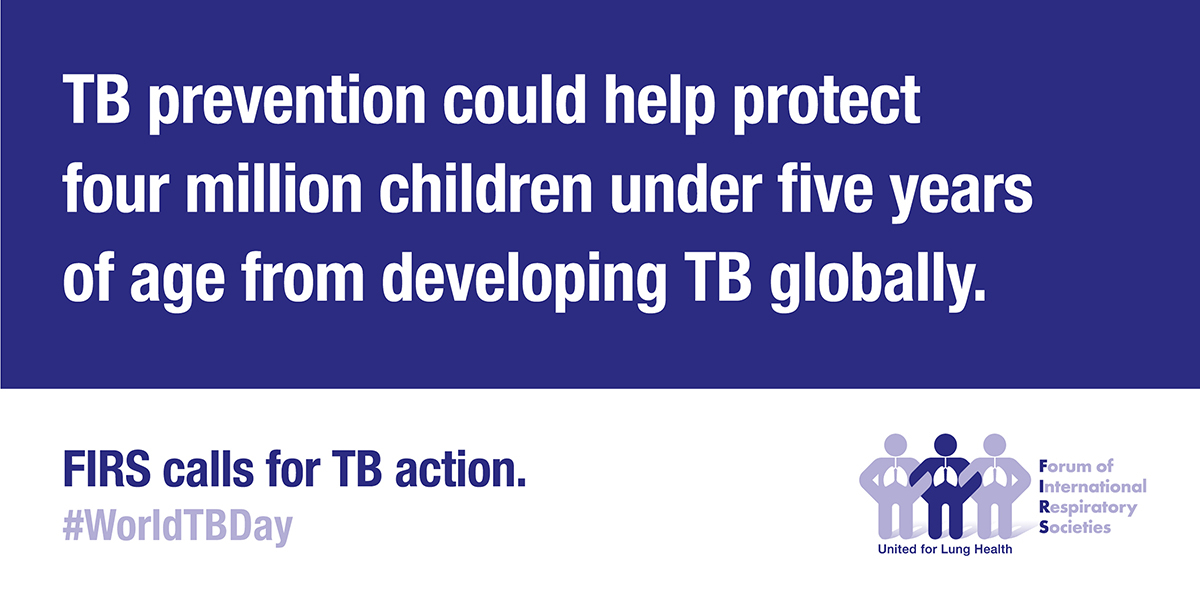 FIRS calls for urgent action to advance TB prevention through rapid scale up of access to preventive treatment for TB infection for those most at risk of falling ill of TB including:

$B!H(BGlobally, we are falling short of targets$B!I(B, said Dr. Grania Brigden, Director of the TB Department at the International Union Against Tuberculosis and Lung Disease (The Union) a FIRS founding member. $B!H(BOnly 27 percent of children who were eligible for preventive treatment in 2018 actually received it, and 49 percent of people newly enrolled in HIV treatment received TB preventive treatment.$B!I(B

Dr. Grania Brigden concludes, $B!H(BThis is an area which has long been neglected. By offering preventive therapies to those who need it we are not only preventing them from experiencing the long treatments for TB but we are also preventing future lung damage and ensuring people and their families can remain TB free.$B!I(B

Rapid scale up of TB prevention measures must be a priority element in national TB eradication strategies.